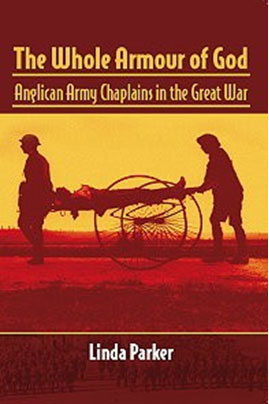 The Whole Armour of God examines and reassesses the role of the Anglican army chaplains in the Great War. The tensions and ambiguities of their role in the trenches resulted in criticism of their achievements. As with other groups such as army generals, the chaplains were given a bad press in the general disenchantment and iconoclasm of the 1920’s and 30’s.

This book seeks to readdress the balance by using the words and actions of the chaplains themselves, interwoven into the events of the war, to show that many strove valiantly to bring the reality of God to the troops in the maelstrom of war. It explains how they overturned orders and won the right to be with the troops in the front line. It tries to judge the chaplains by the ideas and standards of the time.